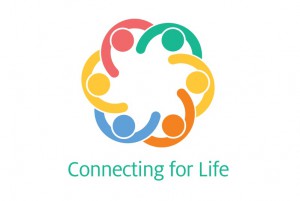 Mental Health Reform, the national coalition on mental health, has welcomed the new Suicide Prevention Strategy ‘Connecting for Life’, which was launched today (24/06/2015) by An Taoiseach Enda Kenny and Minister for Primary and Social Care Kathleen Lynch.

Shari McDaid, Director of Mental Health Reform, said: “We welcome the comments from An Taoiseach Enda Kenny that mental health is a priority for the Government. It is positive that the Strategy is described as a plan for the whole of Government because reducing suicide and self-harm requires action to influence the full range of health, social and economic factors that increase risk. Implementation of the Strategy’s commitment to collaboration and coordination across Government Departments will be key to its success.”

“In Mental Health Reform’s submission to the National Office for Suicide Prevention last year, we had recommended that the new strategy include a plan to ensure that 24/7 crisis intervention be available in every mental health service. The current lack of 24/7 crisis supports in some areas is an issue that people have raised again this year at our public consultation meetings and one which needs urgent action. An effective suicide prevention strategy depends in part on having well-resourced, good quality mental health services that are available and accessible to people at risk of suicide. I am pleased to see the commitment in the Strategy’s Action Plan to provide a co-ordinated, good quality 24/7 service. This commitment has already been made in the HSE’s service plan for 2015 and should be implemented this year as planned”, continued Dr McDaid.

“While it is helpful that the Strategy includes a clear implementation and governance structure, with identified lead Departments and Agencies responsible for each action, we are concerned at the lack of timeframes around the Strategy’s actions. A schedule for each of the actions should be agreed quickly so that those monitoring the strategy can identify actions that are falling behind and take remedial steps early on in the implementation process”, added Dr McDaid.

Notes to the editor

Mental Health Reform is the national coalition promoting improved mental health services and the social inclusion of people with mental health difficulties. The coalition currently has 51 members. See www.mentalhealthreform.ie/membership/ for more details. Mental Health Reform acknowledges the support of acknowledgement of the Department of the Environment, Community and Local Government’s Scheme to Support National Organisations 2014-2016.

For more information and to arrange an interview with Dr Shari McDaid please contact:
Lara Kelly, Communications and Campaigns Officer, at lkelly@mentalhealthreform.combinedmedia.com 087 6189715