Why do we need to reform the Act?

People cannot wait any longer to have their rights protected.

The Mental Health Act, 2001 is outdated, it does not comply with international human rights standards, and does not adequately protect people’s rights. 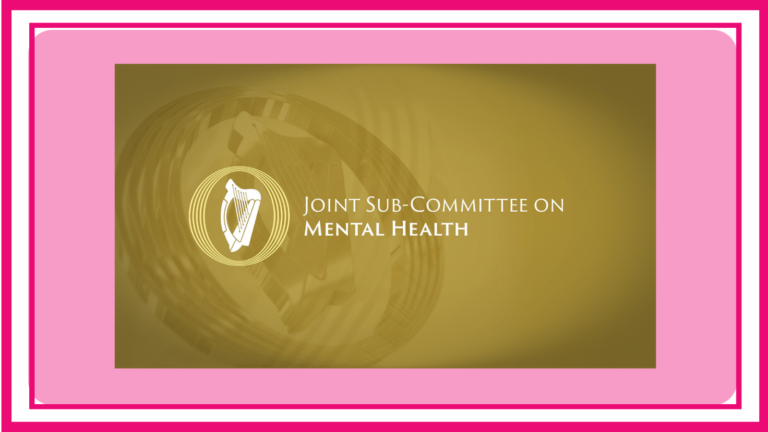 When can we reform the Act?

Pre-Legislative Scrutiny of the Heads of Bill to amend the Mental Health Act 2001 is now being undertaken by the Sub-Committee on Mental Health.

What are some of the gaps in current legislation?

MHR welcomes that most of these gaps have been addressed in the Heads of Bill. However, MHR is still concerned about Capacity to Consent for 16 and 17 year olds. We have been raising this matter as it relates to the Assisted Decision-Making (Capacity) (Amendment) Bill 2021 , the General Scheme of which is available here.

Earlier this year, Mental Health Reform commissioned NUI Galway lecturers Dr Charles O’Mahoney and Dr Fiona Morrissey, to compile a Human Rights Analysis of the legislation. This Human Rights Analysis document and accompanying summary document, are now available. You can read both documents by clicking the images below. 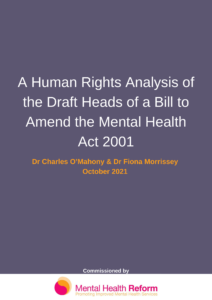 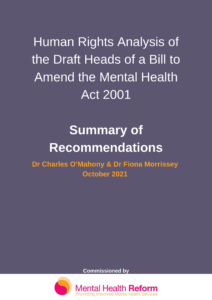 What has happened so far?

The Expert Group Review of the Mental Health Act, 2001

Mental Health Reform has advocated for the publication of the new legislation that will update the Mental Health Act in line with Expert Group recommendations.

The Expert Review Group made 165 recommendations that they felt were needed to update the Act.

Since the publication of their report, only 2 of the 165 changes recommended by the Expert Review Group has been made.

You can read the Expert Group Review of the Mental Health Act, 2001 Report here.

In 2016, we were successful in campaigning for the removal of the word ‘unwilling’ from Sections 59 and 60 of the Mental Health Act.

The removal of the word ‘unwilling’ meant that Electroconvulsive Therapy (ECT) and medication (administered for over three months) could only be administered to an involuntary patient without their consent, where it could been determined that the person is unable to consent to the treatment.

You can read that amendment to the Act here.

The Bill sought to make certain small but very important changes to the Mental Health Act.

This included introducing a definition of a ‘voluntary patient’ to include only people who have capacity to make their own decisions (with support if required) and who do give their consent to admission to hospital. With the support of Mental Health Reform, our members and our supporters, this Bill was passed into law and became the Mental Health (Amendment) Act 2018.

This Act has not yet been commenced.

You can read the Mental Health (Amendment) Act 2018 here.

Government approval of Heads of Bill 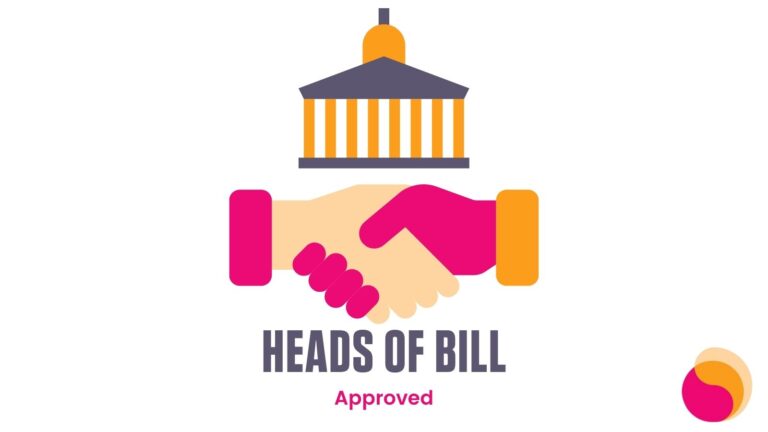 You can read our full press release here.

What are the heads of Bill?

Heads of Bill for the Mental Health Act

The heads of Bill for the Mental Health Act are the result of extensive discussions between the Department of Health and key stakeholders over the last number of years. The heads of Bill contains over 120 proposed changes to the Act. These include guiding principles for adults and children into the Act, the voices of people using mental health services, and strengthened provisions for consent to treatment.

The draft heads of Bill has been published. It will now be scrutinized by the Oireachtas through the Joint Oireachtas Committee on Health, who will make a report with recommendations. We in Mental Health Reform will also be reviewing the heads of Bill, offering opportunities for members and service users to provide feedback. We will continue to make Oireachtas members aware of the key issues that need to be addressed.

Together, we can make a difference and get people the rights they are entitled to and the reforms we need to mental health laws!