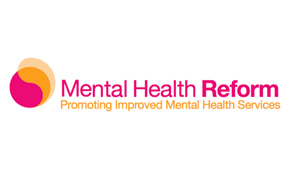 Mental Health Reform, the national coalition on mental health, today welcomed the final passage of the Mental Health (Amendment) Bill 2017. The Bill’s provisions amend the Mental Health Act, 2001 definition of a ‘voluntary patient’ and the principles in the 2001 Act.

Director of Mental Health Reform, Shari McDaid, said, “This new law represents a significant step towards better protection of individuals’ rights when they are in hospital for mental health treat ment. The provisions, when brought into force, will clarify that a ‘voluntary patient’ is someone who has the capacity to make their own decisions and who consents to admission. This will mean that people who do not have the capacity to consent will not be treated as if they are consenting. It will also replace the out-dated principle of ‘best interests’ with more modern principles that reflect international human rights law. The new principles will empower people to make their own decisions about mental health treatment. We welcome the cross-party support for the Mental Health Amendment Bill, 2017 that has enabled its passage in the Oireachtas.”

“We understand that other legal and service changes may be needed for some sections of this new law to be put into practice. We call on the Government to urgently provide a legal basis for hospitalising people who do not have the capacity to consent and who do not fulfil the criteria for involuntary detention, along with the speedy opening of the Decision Support Service to assist such individuals. The current situation where people who lack capacity to consent to admission can be detained with no independent review is unacceptable,” continued Dr. McDaid.

“Furthermore, there are other gaps in the mental health civil law that require urgent attention, including giving adolescents aged 16 and 17 the right to consent to mental health treatment in hospital, giving adults a statutory right to an individual care plan, and bringing in regulation of community based mental health services. We understand that the Department of Health is working on drafting the full scheme of the Bill on reform of the Mental Health Act, 2001. We call on the Minister for Mental Health, Jim Daly TD to put in place the drafting resources so that he can quickly bring forward the wider legislation to reform the Mental Health Act, 2001,” concluded Dr. McDaid.

The Mental Health (Amendment) Bill 2017, introduced by James Browne TD, is a Bill that seeks to make some important changes to the Mental Health Act, 2001. The changes proposed in the Bill will strengthen the rights and protections people have when they are receiving treatment in hospital for their mental health. Some of the changes include:

You can read a full breakdown here.