Our state of mind is Mental Health Reform’s national campaign to make mental health a priority for the next government after General Election 2016. #Ourstateofmind Here’s the story of the campaign so far:

1. On 11th March, the day after the resumption of the 32nd Dáil, an online Thunderclap to push for mental health to be a priority for the new Government was sent out on social media. 383 organisations and individuals supported the call, which had a social reach of 362,460 people. We even got the topic trending in Ireland that day. As negotiations for a new Government take place, MHR will be keeping in close contact with all parties to ensure mental health is prioritised. 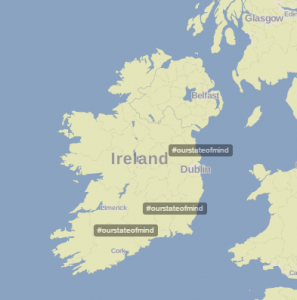 2. MHR distributed almost 9,000 General Election leaflets and Mental Notes which voters have been giving to candidates and canvassers as a reminder to prioritise mental health reform. 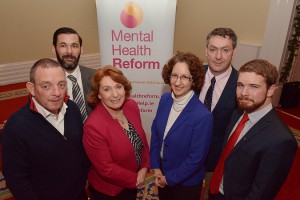 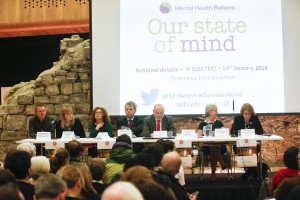 3. We held 3 town hall meetings in Cork, Castlebar and Dublin, where candidates from all the main parties were invited to give their party’s perspectives on mental health. 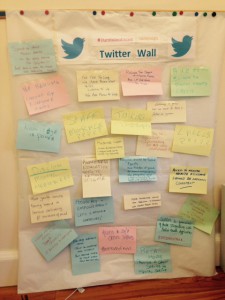 4. We held an online and offline ‘Tweetathon’ in January, where our member organisations and supporters, including people with direct experience of mental health difficulties, shared their thoughts on why mental health needs to be a political priority. On this day, MHR’s tweets were seen 65,500 times.

5. To stay up to date with the campaign join our newsletter to get involved in the ongoing campaign for better mental health services.