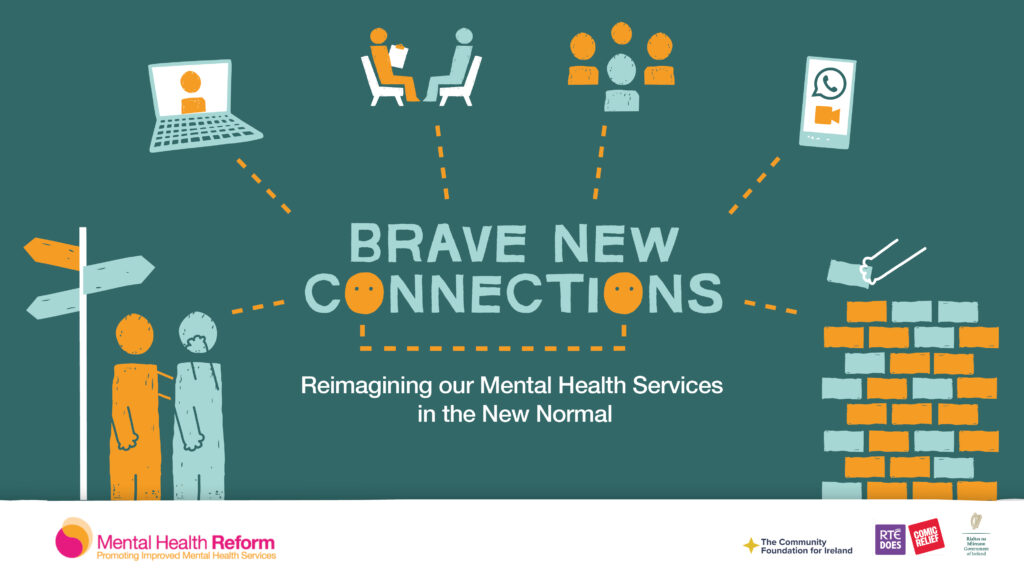 Reimagining our mental health services in the new normal

‘Brave New Connections’ is a collaborative project led by Mental Health Reform (MHR) and funded by an RTE Does Comic Relief grant. The project is supporting capacity-building for non-profit organisations in the mental health field, focusing on aspects of their activities and services where they have had to adapt or respond to the challenges of the COVID-19 pandemic.

The first phase of the project involved a survey to gather information about impacts of COVID-19 on the organisations working in the sector. Conducted between April and May 2021, the survey explored the ways organisations have adapted/responded, what challenges they have experienced, and what areas organisations would find useful to have support with now and going forward into the ‘new normal’.

Almost 60 organisations responded to the survey, most of whom were members or associate members of MHR. The response rate was just under eighty-percent, a fantastic response and an indication of the importance of the topic for organisations in the sector.

MHR would like to thank all the organisations who participated for their detailed and insightful responses. The information provided will guide the immediate capacity-building programme within the Brave New Connections project. Based on the survey findings and further collaboration with relevant organisations, MHR are now developing the sectoral capacity-building and knowledge sharing programme.

To read the Report, click on the button below.

If you would like further information about the Brave New Connections project, please contact Dominique Philllips dphillips@mentalhealthreform.ie